As expected, dedicated CPU mining didn’t last very long. Verium(VRM) spiked, which is great, but it takes too long to mine. With five boxes, three of which are i7’s it still takes roughly a solid day to mine a single VRM. While each VRM is currently 6-7 USD, it doesnt really give me much to play with in the exchanges.

Doing some research on which GPU I wanted to go with, I started looking at drivers. I remember fighting with the fglrx drivers to be able to get dual monitors in linux. So I already had a bad taste in my mouth from AMD. Both had equally shotty instructions on installing their drivers, but there is a pretty decent mining community that backs each camp. So the information is there for either card. You just have to dig a little bit to get past the outdated information.

Leaning toward NVIDIA, which model do I go with?

Well, the Nvidia 1080TI seems to be all the rage right now. It has a fantastic hash rate. But when you really break it down to how much power it consumes, it actually returns less HPS/kWH (hashes per second…per kilowatt) than the Nvidia 1080 (non-ti).

I’ve been a sysadmin for a long time. I pretty much eat, sleep, and breath Linux. But I have to say, this software pisses me off. I messed with BFGMiner, CCMiner, CGMiner, and Claymore. Currently I am using Claymore, simply because it actually worked.

I eventually did get BFGMiner to compile, but I already have Claymore setup to mine Zcash. So I will come back and evaluate that later. From what I have been reading, it might be able to solo mine!
Although, my initial tests didn’t work. 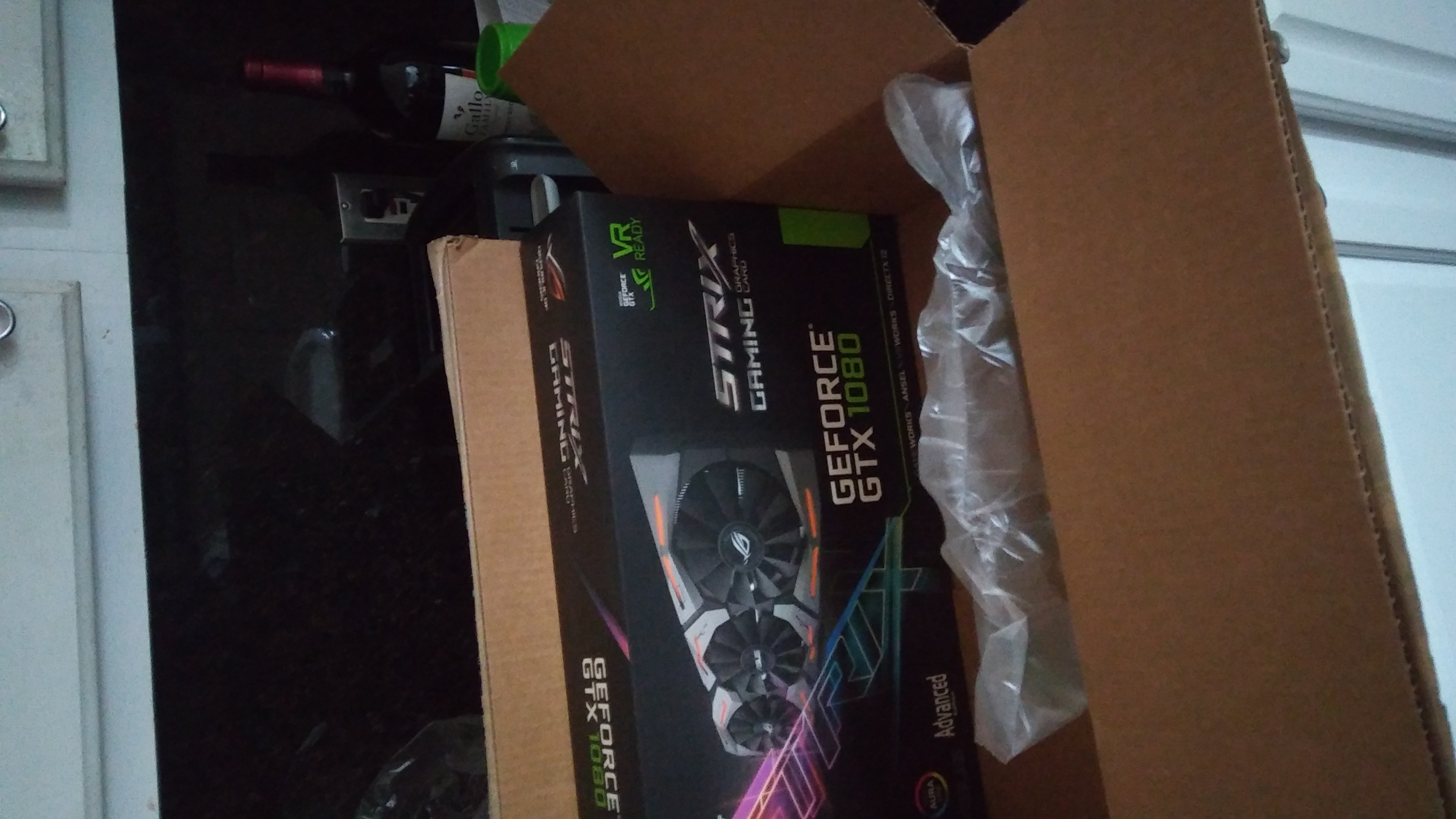 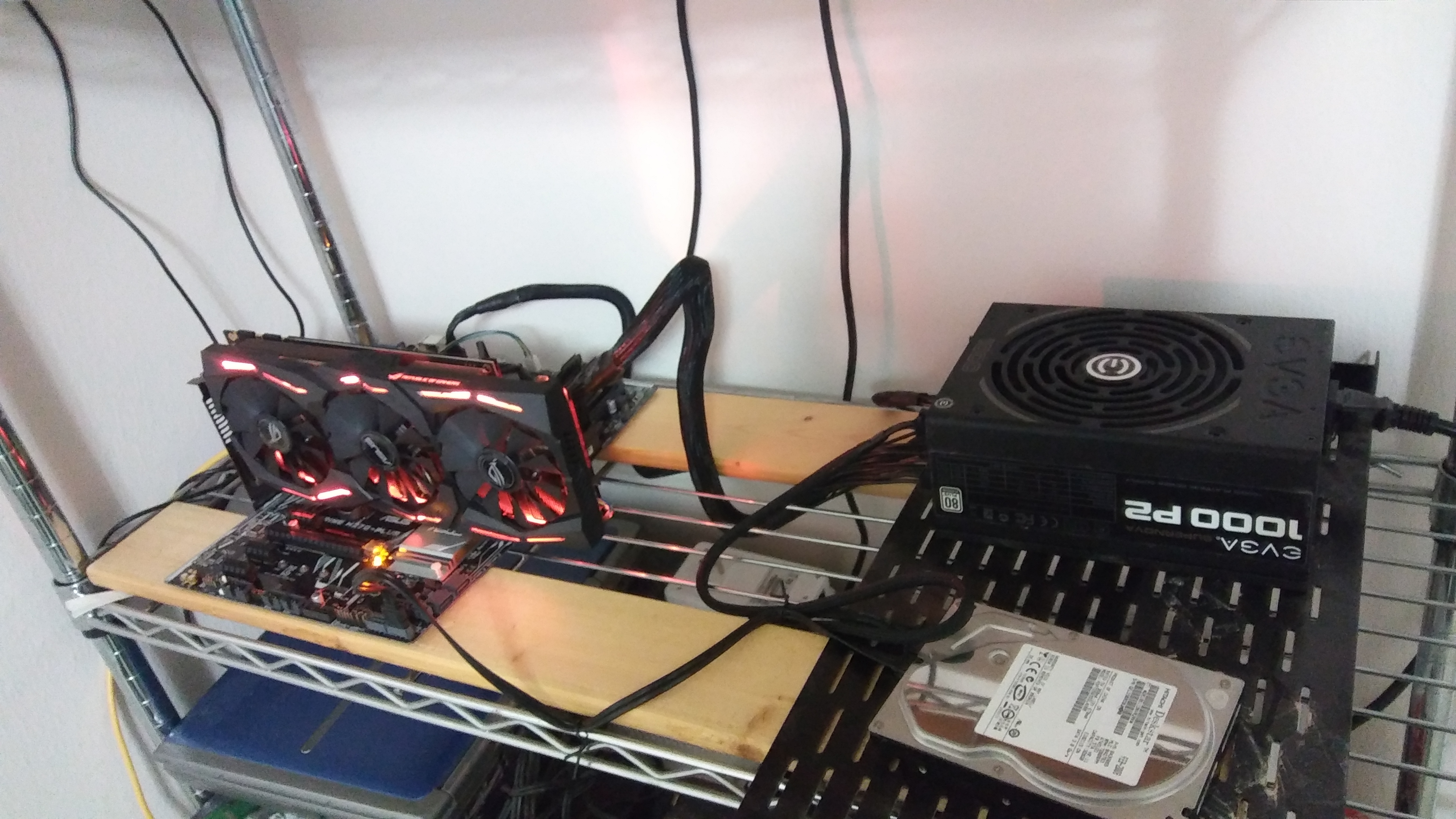 The risers get here today, but I couldnt wait. So the GTX 1080 is plugged directly into the board.

Another mess I found myself in, is that the software is really only setup to work with Stratum servers(a pool). So, if you find a nice little ICO that peaks your interest, you are stuck downloading whatevercoin-core, and using “whatevercoin-cli generate 1”. Because none of the mining software is geared toward working without a stratum server brokering the work-load(I hope im proven wrong by BFGMiner later). I’m sure I will post about the dreadful state of mining-pool software in a later post.

Your choices are NVIDIA, or AMD… and it better be relatively recent models. I had two old as hell AMD cards that I originally popped into the rig. Unfortunately there was no mining software that supported those models. So I was simply out of luck. Sure, I realize, it wouldn’t have been profitable. But it would give me something to play with before my NVIDIA card got here.

At the end of the day, I get it, drivers have to be compatible, and then you need software to be compiled against those drivers to be able to operate the card. But that doesn’t mean I have to be happy about it.

At that, I will leave you with a safety tip. When possible, power your risers with molex, and not sata. From what I have read, if you draw too much power over sata via your risers to your GPU, you can cause a fire.

Safe mining out there gents.